Time : Jan 05 2015Source :analogtechnologies Author : TEC Controllers Click :
In 1834, Peltier, a French physicist, found that through DC electricity one node becomes cold and the other one get hot in the closed circuit which is composed of two different metals. This effect was later named as the Peltier effect. Another name of TEC is Semiconductor refrigeration which is a kind of refrigeration method by taking advantages of the Peltier effect. The principle was shown in Figure 1. TECs consist of semiconductor thermoelectric elements (Ntype, Ptype), the metal flow deflector, ceramic disk, wherein the flow deflector is connected with the node of semiconductor thermoelectric elements. 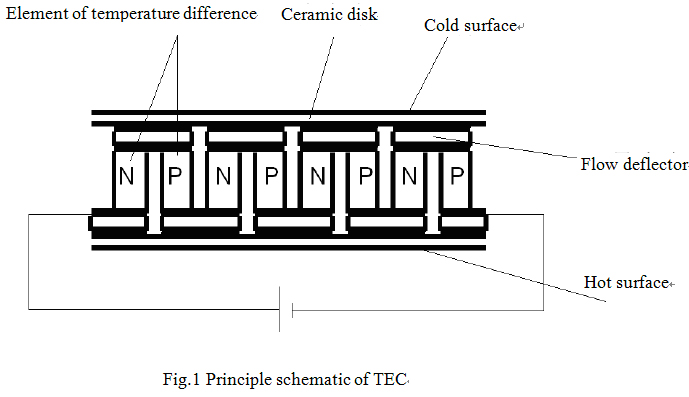