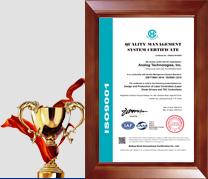 TEGs are based on thermoelectric effects involving interactions between the flow of heat and the flow of electricity through solid bodies. The greater the temperature difference, the more power generated.

TEC stands for Thermo-Electric Cooler and TEG stands for Thermo-Electric Generator. The former is a device that generates thermal cold and heat by feeding a current through a TEC; the latter is also a device that generates electrical voltage potential, and thus electrical current after adding an electrical load, by creating a thermal temperature difference between the 2 sides of the TEG. Generating thermal cold and heat from electrical current is called the Peltier Effect; Generating a voltage potential from thermal temperature difference is called the Seebeck Effect.

TECs are fragile. Caution needs to be taken when using them. These are some of the guidelines:

1. Do not drop them on the floor, nor apply other mechanical shocking to them. The shocking may cause invisible permanent damages to them. One way to detect such damage is to measure the ACR, AC resistance, of the TEC. When seeing the ACR increases, it means the Peltier elements inside the TEC has cracks, the life time of the TEC has been shortened.

2. Measuring the ACR must be done by special meters. Regular multi-meters can only measure DCR, DC resistance. We carry the necessary ACR meter: